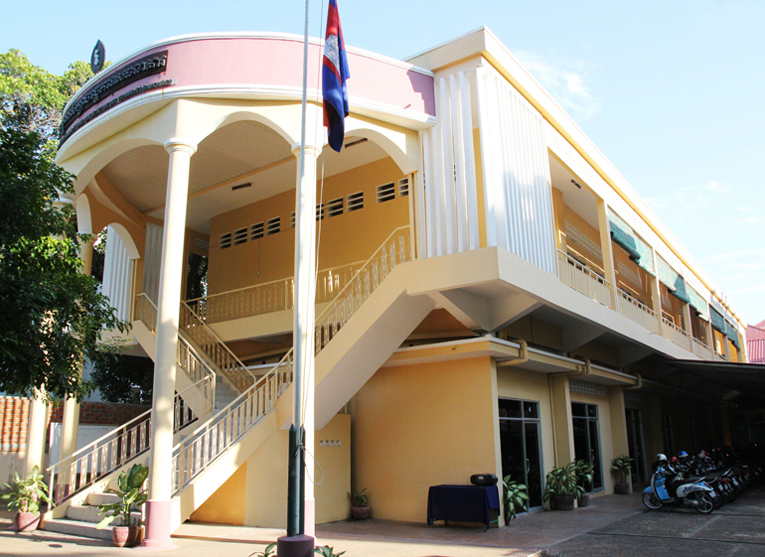 In early December 1979, the National Bank of Cambodia (NBC) conducted the in house training program for basic level (3 to 6 months) and intermediate level (9 months to 2 years) at the former Bank Khmer for Commerce and Preah Kosomak High School. It was then moved to a new location in the Toul Kork area and was named as the Banking Technical School of People of Cambodia until 1990. With the support of international institutions and other friendly countries, training courses have constantly improved to suit the country's economic changes from a central market economy to a free market economy in 1993.

The Center for Banking Studies (CBS) officially opened on December 01, 1994 at the building number #19AB, Str. 102, Sangkat Wat Phnom, Khan Daun Penh, Phnom Penh (southern part of Ministry of Posts and Telecommunications). This establishment trained NBC employees with the latest knowledge, skills, and practices on banking, finance and other economic information. Since 1995 economic activities have increased, especially in the banking and finance sectors. As a result the NBC allowed the CBS to accept students from the public to train them on banking and finance skills to meet the needs of market demand.

The CBS’s curriculum has constantly improved under the assistance of the Asian Development Bank and others, with the cooperation and guidance of NBC management. The CBS also developed a partnership by signing Memorandums of Understanding (MoU) with the Banking University of Ho Chi Minh City (BUH) and with the Banking Academy of Vietnam (BAV). These two institutions are from the Central Bank of Vietnam. This effort is aimed to achieve quality, effectiveness and quantity of education, and human resources in order to respond to the market demand and economic growth.

The CBS’s vision is to continuously improve the curriculum to enhance the quality of education for CBS graduates to develop more capability, prosperity, morality and discipline to contribute to the nation’s economic development.