About the NBC
Home

The board of directors is the highest decision making body of the NBC and consists of five representatives from government, academia, the private sector, and NBC staff. The Governor is the Chairman of the board and serves as the Chief Executive Officer of the central bank, reports to the board, and is responsible for implementing the policy and conduct of day-to-day operations. The Governor is appointed, replaced, and dismissed by a royal decree on the recommendation of the Royal Government.

At the operational level there are five divisions that are responsible for executing the day to day functions of the NBC's central banking operations which are divided into the following: Secretariat General, Directorate General of Central Banking, Directorate General Supervision, Cash General and Inspector General. There are 21 departments that are supervised by a director, which implements NBC policy on a day to day basis. 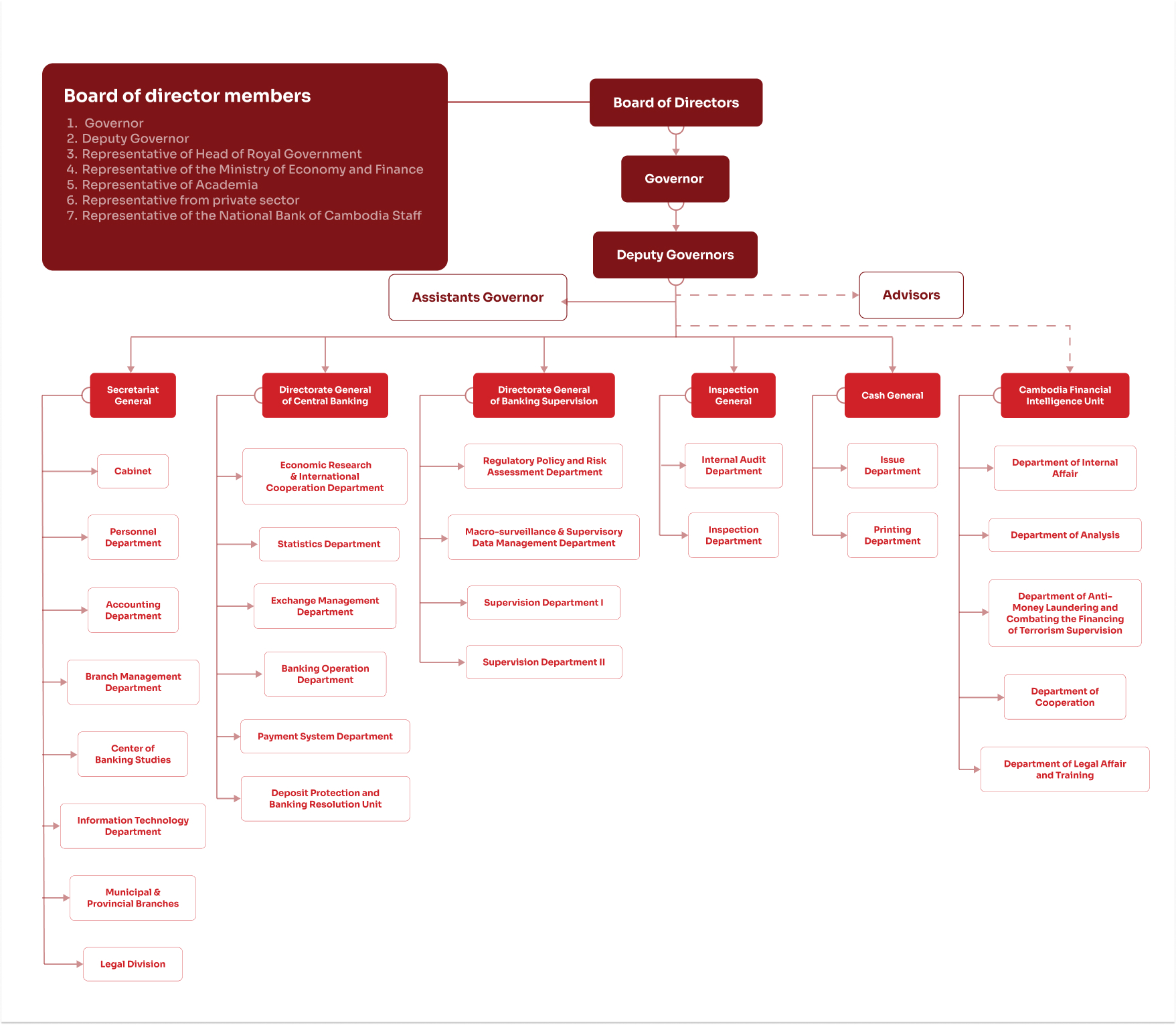