About the NBC
Home 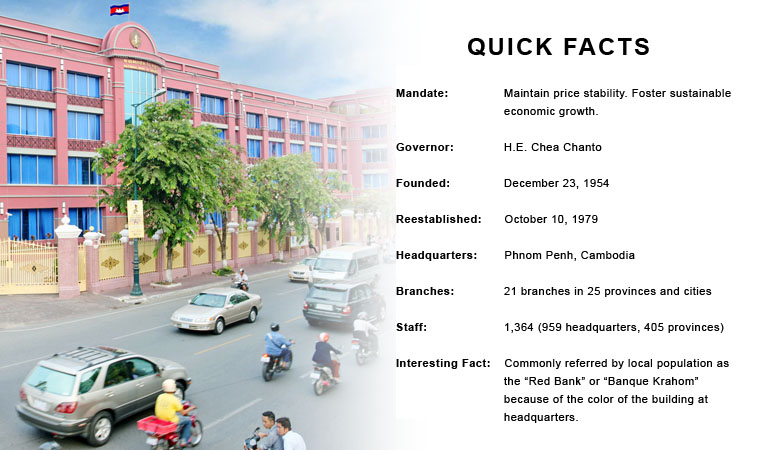 The National Bank of Cambodia (NBC), the nation's central bank, is the monetary and supervisory authority. The mission of the NBC is to determine and direct the monetary policy aimed at maintaining price stability in order to facilitate economic development within the framework of the kingdom's economic and financial policy. The NBC conducts this in consultation with the Royal Government and in consideration of the framework of the economic and financial policy of the kingdom. As the monetary authority, the NBC is the sole issuer of the Khmer riel, the national currency. In doing so, this helps maintain monetary stability.

As the supervisory authority, the NBC has the authority to license, delicense, regulate and supervise banks and financial institutions in Cambodia. The NBC also conducts regular economic and monetary analysis, publishes various publications, oversees the nation's payment systems, establishes balance of payments, and participates in the management of external debt claims.